Can You Go to Canada If You Have a DUI?

Almost 7 years ago, while going through some personal issues, I made a terrible mistake and ended up being convicted of driving under the influence (DUI) in the State of California. It was a dark period in my life, but I have moved on and learned my lesson. This spring, however, my intoxicated driving conviction […]

"I agree. Nut jobs like Byrn Weesel should pack up and move south of the 49th. Subst..."
"MYTH - Indian Residential Schools did some good, they weren't all bad. Even if some ..."
"The old axiom "Misery Loves Company" comes to mind."
"[...] to this online activity. An animal rights group called the Animal Beta Project we..."
"First off, I cannot be mad at someone who is obviously mis informed. You titled your bl..."
"Did luka have anything to do with all the feet that washed up on bc coasts?"
"I think it is good that the students are sticking up for themselves. The thing that sep..."
"Who cares about US politics when our country is losing it's DEMOCRACY."
"He's not Italian, he's Spanish. Nice."
"Holy Moly!!!! Just when you think we had the weasels on the run......there appears ..."
"[...] Visit site: Saturday Morning Confusion: What to do with Pennies … [...]"
"By the way, to listen to "course originator and primary author, Professor Tim Patterson..." 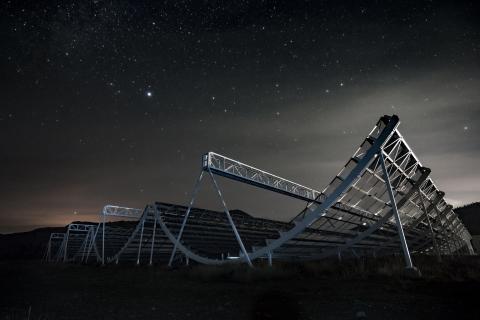 In a spiral galaxy far, far away — 500 million light years away, to be exact — a mysterious repeating radio signal is making history with its patterned bursts.

A pair of epaulettes that would have been worn as part of the dress uniform of a British Royal Navy officer. These were discovered in officers’ quarters inside the wreck of HMS Erebus and may have belonged to 3rd Lieutenant James Walter Fairholme. (Photo: Parks Canada Agency)

An accordion. A wooden hairbrush with many of its bristles still intact. A stick of sealing wax bearing the thumbprint of the last person who used it. A pair of Royal Navy epaulettes, carefully stored in a box.

Preserved for over 170 years by the frigid waters of the Arctic Ocean, these and hundreds of other artifacts retrieved from the wreck of HMS Erebus and revealed to the public for the first time this week paint an intriguing picture of life aboard the doomed ship — and may ultimately hold clues to the fate of Sir John Franklin’s lost expedition.

Not having much romantic experience in your late 20s can lead you to wonder if that’s normal. So… is it?

Gabriel Zucman was reportedly refused tenure partly because of the “arguments he was making in the political arena.”

Experts tell Motherboard that no, rubber stamping the whims of AT&T, Verizon, and Comcast did not result in untold riches for American consumers.

The Weinstein Jury Might Be Deadlocked on His Most Serious Charges

The judge told them to keep at it.

Wellness company Rae’s product is effectively marketed—even if it might not actually be effective.

To Many’s Dismay, Permian Produces More Gas and Condensate Instead of Oil and Profits

Many of those problems can be traced to two issues for the Permian Basin: The quality of its oil and the sheer volume of natural gas coming from its oil wells.

Canada’s prime minister has called on Indigenous leaders including the Wet’suwet’en Nation to not stand in the way of reconciliation with Canada.

Of course now they’re MAGA caps. Can we all agree to just leave birds alone?

WHAT THE F_CK WERE YO_ THINKING?

The presidential candidate called the non-disclosure agreements “consensual” at the debate earlier this week.

He waited as long as he could, too long in the opinion of many.
He was obviously hoping that peaceful negotiation could bring down the rail barricades, in the best Canadian tradition.
But at last Justin Trudeau’s patience was exhausted.The negotiations were going nowhere, because there were none.
“We can’t have dialogue when only one party is coming to the table. For this reason, we have no choice but to stop making the same overtures.”
And for that the blame must go to these old men, the Wet’suwet’en hereditary chiefs.

Like Montreal Simon, I could not believe how lackadaisical and disrespectful the hereditary chiefs were being in refusing to respond to Trudeau’s obvious respect.
They didn’t seem to realize that the time to make progress was NOW, this week, when they had Canada’s attention and a great deal of support across the country.
What they cannot do is keep raising the ante.
While the story earlier this week was that the Wet’suwet’en had worked out a deal for RCMP to move back to Houston BC, the story today was that they wanted both the RCMP AND the pipeline company to leave, and then “nation-to-nation discussions with Canada and BC” should start.
And the tactic of leisurely visiting Mohawk reserves in Eastern Canada and holding news conferences instead of talking to the prime minister doesn’t make any sense.

“We are waiting for Indigenous leadership to show that it understands,” [Trudeau] said in a news conference. “The onus is on them.”
Injunctions to clear tracks must be obeyed and the law must be upheld, he said, adding that it is pointless to continue making overtures to Indigenous leaders if they aren’t accepted.
“Let us be clear: all Canadians are paying the price. Some people can’t get to work, others have lost their jobs,” Trudeau said. “Essential goods … cannot get where they need to go.”
The situation “is unacceptable and untenable,” he said.

Canadian support has started to evaporate when the chiefs could not seem to articulate what they wanted to achieve – no pipeline at all? a pipeline but on a different route? more negotiations for the existing route?  — and when thousands of Canadians were being increasingly affected, losing jobs and fearing for their heating oil supplies.

Also as predicted earlier this week, Canadian support for Trudeau’s whole reconciliation agenda was disintegrating as the railway disruptions continued with no end in sight.
Trudeau appeared to realize this too, after talking to the Premiers on Thursday and to Cabinet today.

On Twitter, the usual suspects were berating Trudeau for not acting first and thinking later. But Trudeau tried to resolve the blockades with dialogue instead of immediately turning the dispute into a dick-measuring contest like Scheer and McKay wanted.
At least the Mohawks are clear about what they want — the Mohawks have an agreement with Indigenous Services minister Marc Miller that the Ontario trains will run as soon as RCMP have withdrawn to Houston from Wet’suwet’en territory.
As Manitoba Premier Palliser said today, no individual or group has an absolute veto on natural resource projects.

“Public opinion matters on these things,” he said. “This federal Liberal government has said that reconciliation is a priority. But if you want real reconciliation, then you have to do the real work of achieving it. And you have to establish some parameters. You have to put a fence around the discussion to some degree. And you don’t do that if you don’t make it clear that everyone does not have a veto.” 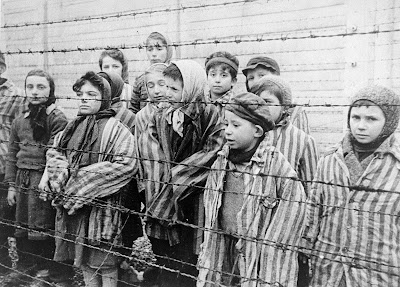 Ethan Weiss, in STAT, with a personal essay about his daughter, albinism, CRISPR and ethics.

Jonathan Freedland, in The Guardian, with the last desperate warnings of Auschwitz’ few remaining survivors.

Olga Khazan, in The Atlantic, on what abortion will look like if it once again becomes illegal.

The latest of many systematic reviews and meta-analyses of herbal supplements for weight loss plainly makes the case that there is no justification for their sale.

So why does Health Canada license and allow the sale of 1,128 natural products whose listed purported use is for weight management? Or of the 671 products that purport they’ll improve sexual enhancement? Or of pretty much any of them?

Maybe the answer lies somewhere in the taxation of the $1.8 billion annual Canadian sales of vitamins and supplements?

Maybe it lies in well-intentioned hope?

Maybe it lies is political contributions and lobbying?

But the one place where it doesn’t lie is in science. Shouldn’t that be the only place that matters?